Rescue Respect Repeat Tank Top by Arm The Animals
Ever since we adopted our Pitbull named Karley, from All Dogs For Rescue located in our area we haven’t looked back.
We already had a purebred Chocolate Lab named Kosmo and we knew we wanted to breed him and have more Chocolate babies to sell and maybe even keep one or two.  That was our plan.  Or at least it was.
While looking for a new furbaby addition to our family I came across a picture of Karley, a Pitbull puppy rescued from death row in a California shelter due to over crowding.  Our older dogs had died and Kosmo, our Chocolate Lab, needed a playmate and it was just time.  Thankfully, Karley was at All Dogs For Rescue, a local dog rescue organization and we knew we had to meet her ASAP.  Of course when finally met her a few days later we all immediately fell in love with her.  She had us all wrapped around her cute little paw within seconds and we knew we had to have her.  Unfortunately, one of the requirements of All Dogs For Rescue was that any other dogs in the household must be spayed or neutered and they had assumed Kosmo was neutered.  He wasn’t, we were going to breed him after all…or so we thought.  In order to adopt Karley, which we are by now completely in love with, Kosmo would need to be neutered.
The philosophy is that we shouldn’t be breeding dogs when there are so many unwanted dogs already out there just waiting for their forever home.  We agreed, even though we were desperate to have more Chocolate babies and to continue Kosmo’s purebred line we knew it was the right thing to do.  We made an appointment that day to get Kosmo neutered and by the end of the week Kosmo was neutered and Karley was in her forever home, with us, where she belonged.
That was 5 years ago and now I am super passionate about adopting only rescue animals and supporting rescue shelters and organizations.  We have always adopted our dogs and cats from shelters anyway, Kosmo was our first pure bred dog we ever owned and unless we adopt a pure bed from a rescue he will be the last one.
That’s why supporting a non-profit organization and charitable clothing company like Arm The Animals! Not only does Arm The Animals have fun, fashionable clothing and accessories for the whole family but they make donations to over 50 animal welfare organizations!  They’re amazing!
This cute, super soft, slim fit Rescue Respect Repeat Tank Top is just one example from their clothing line…

Here is another really cute item, a Cat’s Camo Pullover….

Or, how about a Cotton Sling Bag…

Make sure you check out Arm The Animals and pick up some cool stuff for a good cause!  You can also find this Rescue Respect Repeat Tank Top by Arm The Animals on Amazon.com…

I received this product at a discount in exchange for my honest, unbiased review using Tomoson.  Regardless, I only recommend products or services that I enjoy using personally and that I believe will be good for my readers. Press Sample. May Contain Affiliate Links. All Opinions Are My Own. 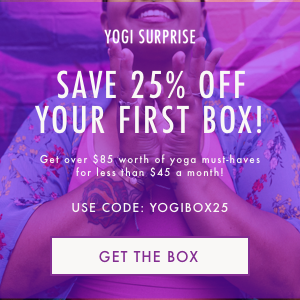